If you've been to Singapore, Malaysia, Taiwan, Hong Kong, Shanghai or Beijing, you might have come across a poster or two of famous people posing with their mouths covered, and the slogan 'I'm FINished with FINS' (IFWF).

However, rather than engage in a race to shock, disgust and force an audience into agreement, a different tactic has been employed. A positive and empowering campaign. 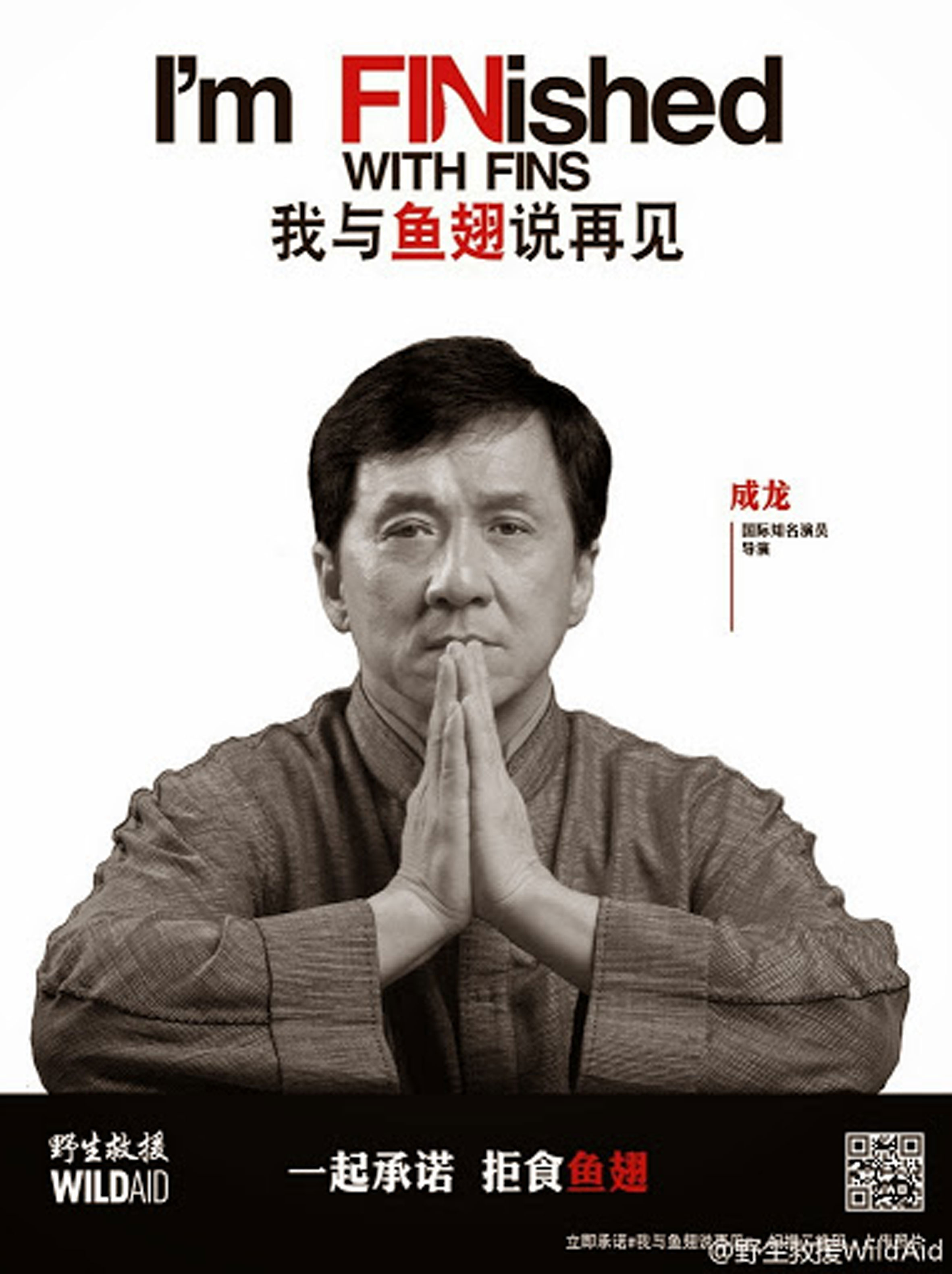 Harnessing the sheer power of social influencers is the most efficient way to shake social landscapes. By coming on board the campaign, ambassadors have to swear off shark fin soup completely. Ambassadors lead by example, and there isn't a more public way of making a statement.

Among the many celebrities and personalities who have taken the pledge, are action superstar Jackie Chan, actors Maggie Q, Nicholas Tse and Sharon Kwok, singer G.E.M and NBA star Yao Ming.

With these arbiters of social taste on our side, it is easier to reach out and convince people that the polite refusal to eat shark fin soup is not a social or cultural faux pas, but a matter of personal choice and conviction.

When executives see their captains of industry refusing to consume shark fin soup, and Fortune-ranked global corporations no longer serving it at corporate events, the social momentum for change augments.

This is an exercise in benchmarking; appointing benchmark ambassadors to set a standard in their respective domains, be it industry, entertainment, fashion, music, politics or sports, for which others will then want to voluntarily emulate.

'I'm FINished with FINS' is a personal declaration. It's a public statement of private choice. This campaign is an empowering celebration of that personal conviction. It's all about making a personal journey, from benightedness to enlightenment; the acknowledgment that how we choose to consume each and every day of our lives, can affect the world we live in, in the present and also the future.

One or two people may not be able to shift the status quo but if the general populace is mobilised en masse, and people stop paying for and consuming shark fin soup, things can literally change overnight. Restaurant owners, food and beverage chains, traders and fisheries will have to adapt to new business realities. 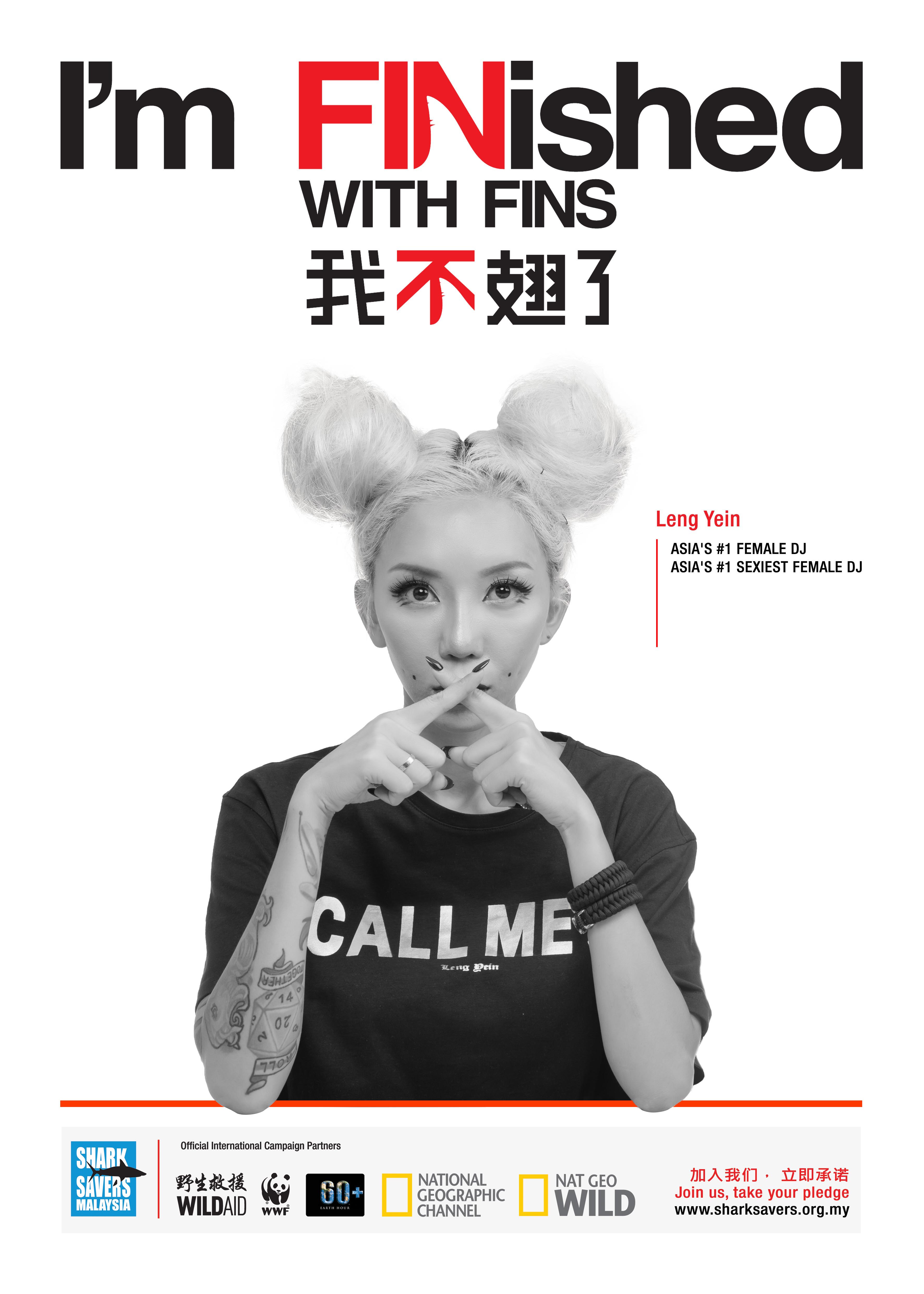 Reducing demand for shark fin soup is the most important thing we can do to protect sharks from being driven to extinction. This demand has created the unsustainable, virtually unrestrained killing of sharks. Tens of millions of sharks a year are killed for the shark fin trade.

A survey conducted by campaign PR agency Grayling in Singapore confirmed findings of a 2011 Bloom study in Hong Kong indicating a significant number of people in Chinese communities are aware of the problems associated with shark fin soup.

They want to stop or curtail their consumption. But the study also found that despite their willingness to stop eating shark fin soup, they continue to eat and even serve it because of the strong social pressure to do so.

More cultural reinforcement is necessary to show that now is the time to act on your convictions and reject shark fin soup.

The campaign also works to reinforce the reasons not to eat shark fin soup. It is vital to educate those people who are not yet aware of the dangers to sharks caused by the shark fin trade and dispel misinformation that is being aggressively distributed by those benefitting from the shark fin trade.

2009
Yao Ming's PSA aired in China. Shark Savers teamed with WildAid and their spokesperson, Yao Ming, one of China’s biggest and most influential stars, to produce and distribute a television public service announcement (PSA) and conservation messages on 1,000 bus and video billboards. We also produced an online campaign in China.

Shark Savers launched the third generation of the campaign in Singapore. We assembled local Chinese and English-speaking celebrities and community leaders to declare in the striking posters that they were ‘FINished with FINS’. They in turn encouraged the public to pledge the same thing.

Corporate leaders were also asked to stop serving shark fin soup at events. Billboards advertising the campaign also went up in 80 locations throughout Singapore. Featuring each of the 58 local campaign celebrities, the billboards paired striking facts about the shark fin trade with each portrait, encouraging the public to be FINished with FINS.

2013
IFWF moved to Taiwan and Hong Kong with the support of LUSH. This became the largest awareness and education campaign on shark fin soup yet in Taiwan, Singapore and Hong Kong with events at LUSH boutiques and the sale of seaweed and sea-salt based ‘Shark Fin Soap’. 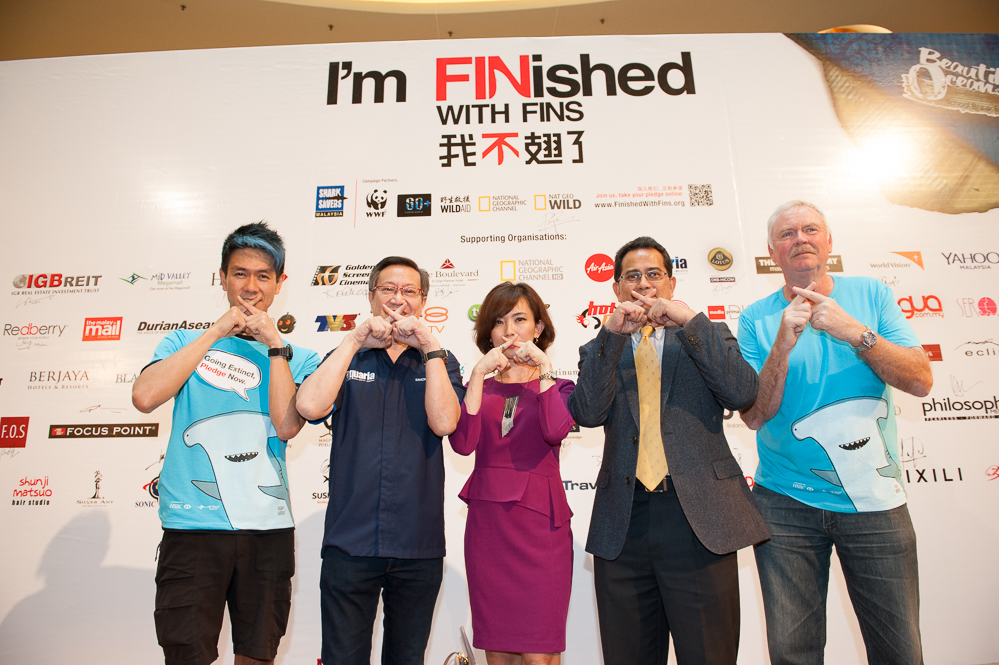 IFWF launched in Kuala Lumpur with over 60 pledges by corporations and over 150 campaign ambassadors from Malaysia.

At this stage, the campaign was already backed by over 700 of the world’s most influential celebrities and personalities. Pledge drives in Hong Kong and Malaysia had garnered 70,000 and 76,000 pledges respectively. Corporate support included hotels, airlines and a host of other corporations.

IFWF kicked off their 100,000 pledge drive respectively in Singapore and in Malaysia.

2016
SSMY continued with collecting corporate pledges in events in shopping centres. IFWF was also part of the multi-NGO ‘My Fin My Life’ campaign led by WWF Malaysia, and art event on shark conservation featuring over 30 local artists, ‘We Are All Together: Endangered Species Conservation Art Exhibition Tour 2016’.

2017
More ambassadors came on board IFWF.

Based on text by the I’m FINished with FINS Campaign and Wildaid.

Website design: accomplice designed and implemented the original Singapore mini-site for ‘I’m FINished with FINS. Arcane then incorporated much of the style and images for use in the Shark Savers website.

Photography: Aaron Wong. Aaron developed the visual concept and was the photographer for Shark Savers’ celebrity media campaign. A video interview produced by Pixelhub may be seen here.