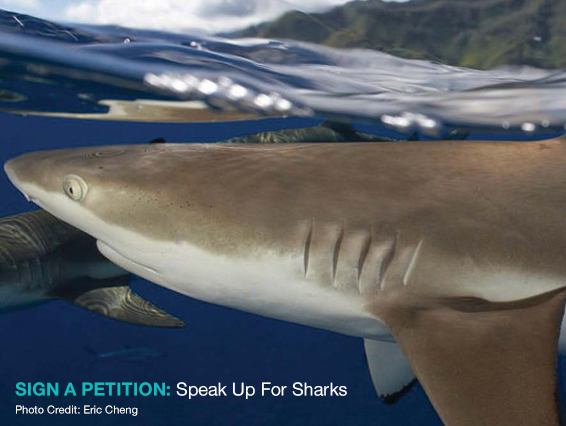 Malaysia is the world’s 9th largest producer of shark products and 3rd largest importer in volume (FAO). About 84% of imported shark fins are still consumed domestically.

In fact, shark fins are gradually being introduced to new market segments beyond the Chinese population (WWF). And other than whale sharks, shark fishing is still legally allowed.

But sharks are essential to the health of our oceans. As apex predators, sharks maintain a critical balance in the ocean. When sharks are eliminated, disastrous effects can happen further down the food chain, including the collapse of commercial fisheries and degradation of coral reefs.

The shark fin trade is decimating shark populations worldwide. Shark fin soup is a luxury that is responsible for tens of millions of sharks being killed every year. While sharks are essential, this soup is not.

A third of shark species are threatened with extinction. Sharks cannot easily recover from overfishing because they reproduce slowly, taking years to mature and producing few offspring.

Join Shark Savers Malaysia and the growing movement to ban the fin!

Join the thousands of people across Malaysia who are pledging to stop consuming shark fins and calling on the government to put an end to the unsustainable shark fin trade.