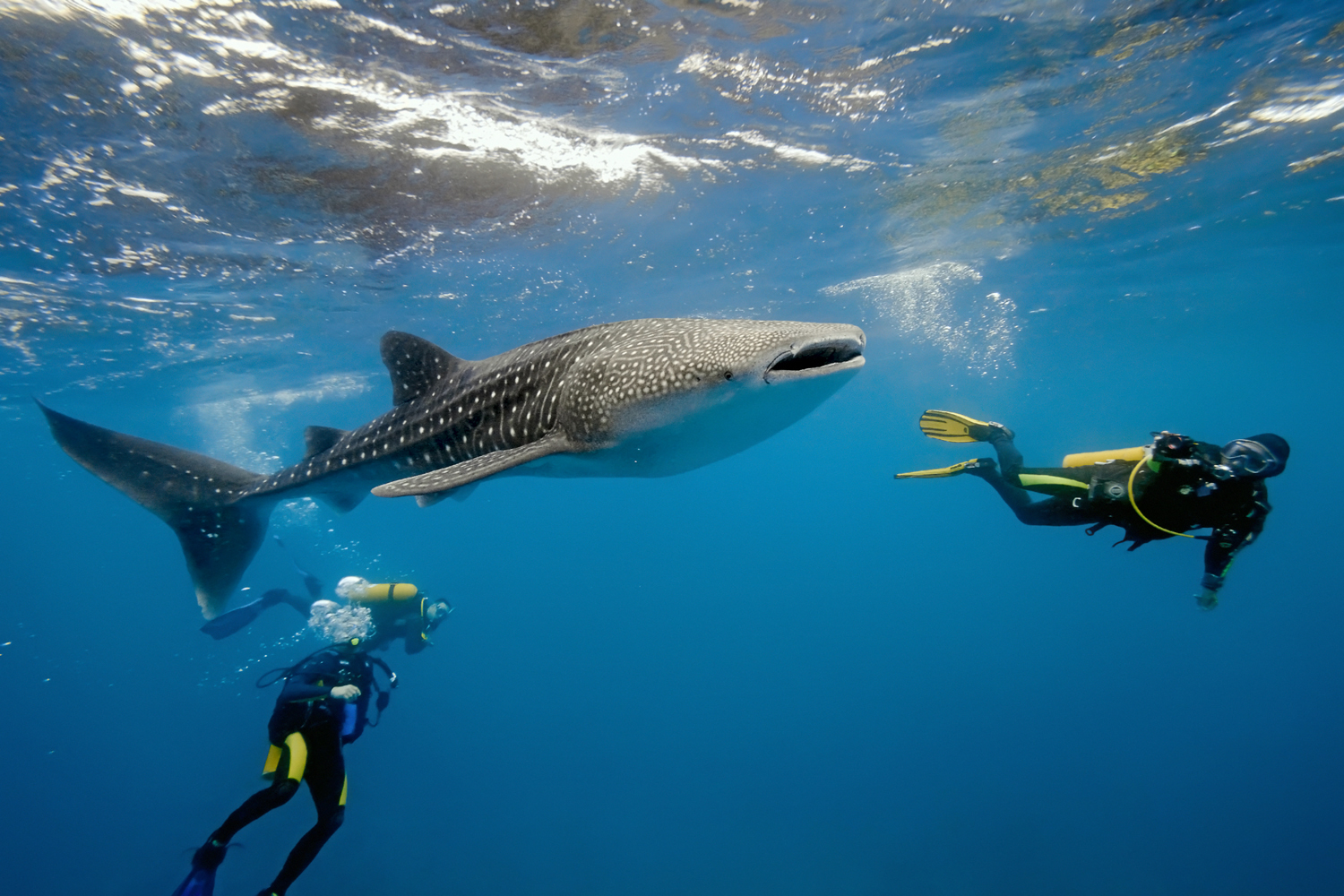 Kuala Lumpur, 7 Nov. 2014 – Led by Hilton Worldwide, some of the world’s largest hospitality corporations have joined nongovernmental groups in the I’m FINished with FINs (IFWF) campaign asking 100,000 Malaysians to pledge not to consume shark fin dishes and educate the public that it is time to say “no” to shark fin soup.

Pledge drives launched in Hong Kong and Malaysia have garnered 70,000 and 76,000 pledges respectively to date. IFWF kicked off their 100,000 pledge drive in Singapore just yesterday.

Hilton Worldwide implemented a ban on shark fin in all restaurants and F&B facilities operated by its 669 owned and managed properties globally since April 1, 2014.

On accepting the role of Shark Savers Corporate Campaign Ambassador, Rinck added, “I love the oceans and I am extremely passionate about diving and the marine life. Therefore it is a tremendous honour for me to advocate and appeal to other business leaders to join our cause.”

The campaign’s large stable of international celebrities, opinion shapers and tastemakers champion the cause, promoting personal choice and making it socially-acceptable and environmentally-astute to cease shark fin soup consumption.

“I am thrilled to welcome Martin onboard as my Corporate Ambassador. We aim to tip the balance decisively by securing support from more corporate partners, accelerate the reach and impact of the campaign, bring about global reduction in demand for shark fins,” said Jonn Benedict Lu, Regional Director, WildAid Shark Savers Program.

"We recognise that Malaysia is a significant consumer of shark fins and a major importer and exporter of shark fins globally," said Dato' Dr Dionysius Sharma, Executive Director/CEO of WWF-Malaysia.

"WWF is addressing this through business and industry engagement to transform business practices so that markets remove shark fins from their seafood purchasing.

“We support the Department of Fisheries' nationwide campaign to ban shark fin consumption, and urge more businesses to join in this movement."

An estimated 100 million sharks are harvested yearly with up to 73 million killed for their fins. Some shark populations have declined by up to 98% in the last 15 years, and nearly one-third of pelagic shark species are considered threatened by the International Union for the Conservation of Nature (IUCN).

Sharks are important “keystone species”, apex predators crucial to the maintenance of healthy ratios of prey and predators within delicate marine ecosystems. When shark populations collapse, other marine species, the supply and quality of commercial seafood could also be adversely affected.

“We have been involved with the conservation of sharks indirectly since 1960s when we first proposed for the protection of marine areas,” said Andrew Sebastian, Head of Communications, Malaysia Nature Society.

“Recently we have been running campaigns with the support of our partners which include hotels, corporate partners and Aquaria KLCC, specifically for the conservation of sharks. And today, we are heartened by the increasing call from Malaysians to stop the consumption and hunting of sharks.”

About I’m FINished With FINs

I’m FINished With FINs is a grassroots-initiated Singaporean campaign launched by a group of volunteers in 2012. It is currently active in Singapore, Malaysia (Kuala Lumpur, Penang, Sabah), Taiwan (Taipei), Hong Kong, Macau, China (Beijing, Shanghai) and the Maldives.

WildAid focuses on addressing the human threat to wildlife. Our comprehensive approach includes public awareness campaigns and educational initiatives to reduce consumer demand for wildlife products, and working with communities to support and enforce key protected habitats around the world. WildAid has also defined a comprehensive marine enforcement model that focuses on the law enforcement chain, which encompasses the activities of detection, interception, prosecution, and the sentencing of lawbreakers.